Logan Airport- ok, no more said about that.  The team arrived at the site about noon.  The security fencing was installed.  Dan Lynch, the archaeologist who did the GRP a few weeks ago, showed up to go over details with Colm and Ronan.  They used the equipment to measure out where potential findings could be located.  After that the students from Queen's and UMass began uncovering one of the pits from last year.  The focus this year will be on what probably was the Fr. McDermott property.  This was a house, called a shanty in newspaper accounts, owned by Father James McDermott, pastor during 1840s.  When the present church was built in 1854 this house remained in front of the church and went through some legal problems about ownership.  It's possible, maybe, with a chance that this is the described shanty.  Hopefully this week will prove one way or another.

Like last year, the team is such a great group of people.  Dr Colm Donnelly and Ronan McHugh are the team leaders.  They brought 3 Grad students from Queens; Stuart, Dermot, and Sarah.  Two UMass students have returned, Demetrius and Eunice.  From UMass are Victoria and Frank Talty who are coordinating all the myriad of details to get this project moving.


As the team was finsihing for the day, the clouds began to gather.  Last year they had some of the hottest weather to deal with.  A few raindrops began to fall, but I'm sure the folks from N. Ireland are used to that.  Tomorrow is another day...... 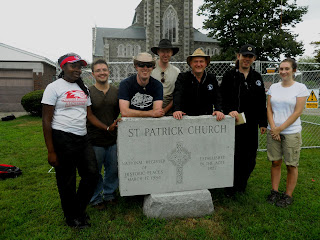 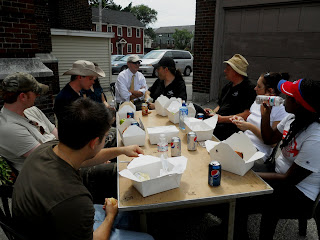 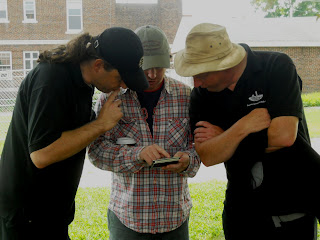 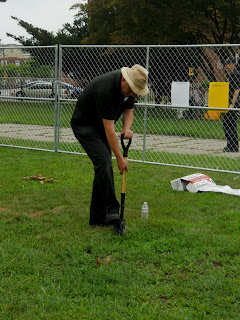 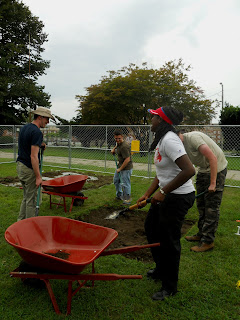 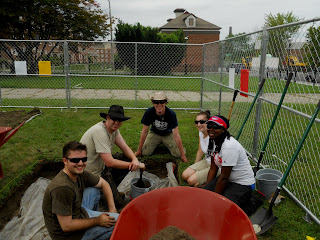 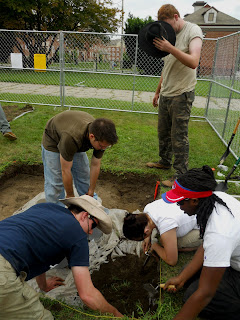 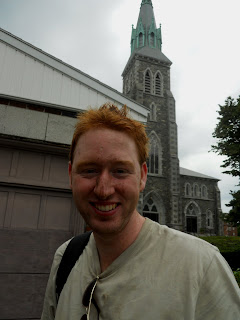 Stuart showing how hard he works.
Posted by LowellIrish at Tuesday, August 09, 2011