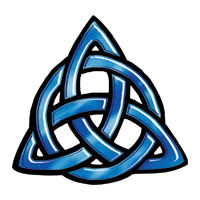 Rumors have wings.  The fragility of life was well-known to those who lived in the 19th century.  Childbirth, cholera, dysentery- each added to the toll that would be brought by cart or hearse to the burial grounds of the city.  But one word brought more fear into the community than any other- smallpox.  When Dr. Green heard whispers of the pestilence making its rounds in the Acre, he took immediate steps.  That very afternoon Dr. Green and other Health Commissioners made their way into neighborhood going door to door seeking out the truth.  Dr. Green must have recalled ten years earlier,  when he was the sole physician in the town of Lowell and when the first case was reported in the mills.  According to own memoir about half of the girls working in the mill at that time took off in every direction to get away from the pox.

For years the good Doctor had been advocating vaccinating the population.  At times he went right into the corporations to give the virus.  He prided himself in recording 700 inoculations by doing so.  The conditions for spreading the disease in the Acre were ripe.  The commissioners had been advocating good soil, good water, and good air to keep away the spread of the disease.  The Acre was sorely in want of all three conditions.  Descriptions of the period told of the close quarters and squalid living conditions of the Irish.  Streets were dark in midday due to the cramped conditions.  Sewers flowed freely spreading vapors and death.

Dr. Green could not understand why the Irish did not bring their sick to him at first sight of sickness.  The first few days of the disease was evidenced by fever and chills; common ailments for sure.  As these symptoms dissipated a rash quickly formed and then the pustules.  Those who took care of the sick were often those who helped spread the disease.  Those angels of mercy who went house to house helping their neighbor may have done more harm than good.  The Irish may not have been very knowledgeable of how the contagion spread, but their greatest fear was in having their children taken away.  And it was the children that it struck first.  There were the three Hickey children; John, Margaret, and Johanna.  The Quinn children as well, along with the McGrath, O’Connell, and Donahue wee ones as well.  They were just the beginning.  If the children were found, they might be taken from their families and never seen again.  That was their fear.
The Doctor wrote, The crowded state of this population, their peculiar habits of associating together, especially about the sick, their want of cleanliness, their neglect of Vaccination & the fact that the disease had been most studiously concealed three weeks constituted a train of peculiarly threatening circumstances.   There was considerable resistance to the physicians entering every room on the Acre with the assistance of magistrates in bringing the sick to the hospital.

The Doctor had his way and the epidemic was stopped before it could take a greater toll.  Dr. Green continued his vaccination campaign.  He wrote a paper on the smallpox epidemic in Lowell.  He went on to be the leading physician at St John’s Hospital for many years.  A school was even named after him for all his years of service.  Surely many lives were saved by his efforts, but reports continued throughout the century and into the next.  The Sisters of Notre Dame had to close the school for 2 months in 1870 due to an outbreak.  The Lowell Sun even reported outbreaks into the 1930s.  Surely we should give a nod of thanks to Dr. John O. Green

(As usual thanks to Walter for sharing some great research.)