This being Memorial Day I went to St Pat's Cemetery.  I usually go to do research, but today I went visiting.  As I was walking around I thought back several years ago when I came across a great stone.  To be honest I didn't discover it.  As usual one of the people on a tour said, "Hey, did you ever see......"  That's how I get a lot of leads.  Anyway, in the back of the cemetery, near the St. Vincent lots is a very large, well preserved, marble tablet.  It has a great image of a soldier carved on it.  It's the grave of Patrick Deery, age 29, killed July 2, 1863, at Gettysburg, a member of 11th Regiment Mass Volunteers.  Whoever paid for his stone wanted him to be remembered.  The stone is inscribed with all the battles in which he took part and ends in a touching epitaph.  "It was upon the battle he breathed his last breath for freedom and for country.... promoted from the ranks below to the ranks on high."  It must have cost a fortune, but was the last tribute to a loved one.

At the same time I received an email from a Civil War reenactor commenting on our attempt to uncover Irish CW vets.  He commended the need for research like this.  In this the anniversary year of the Civil War, it is very appropriate that this be done.  We already have a couple of volunteers doing a research list.  My goal is to go into the cemetery and identify as many CW graves as we can.  (Any volunteers?)  Maybe next year we could have flags on them as were placed at the graves of other vets?  Our cemetery tour this Fall will have a special remembrance this year for CW vets.

It's nice to think Patrick Deery hasn't been forgotten entirely.  Let's assure we can do likewise for others.
Posted by LowellIrish at Sunday, May 29, 2011 No comments:

I am so, so, so technically naive.  AJ asked a question.  I attempted to post an answer, but ended up erasing material.  A 12 year old could probably navigate this better than I.  Allow me to give a little more info-

St. Patrick's Cemetery has a great website (http://www.stpatrickcemetery.com/)  John Burns, the webmaster, has done a great job.  For those doing research on internments since 1895, this is the place to go.  It also has some good history.  John also has done an amazing job with work dealing with Keith Academy.  He and I will be publishing A LOT more data on inscriptions and internments BEFORE 1895.  I would like to get a couple of volunteers to do some research on Irish Civil War burials to include in this Fall's tour.  Any takers?  Email me.

So, AJ, look at the site.  I think she's there in the list.  The folks at the cemetery will pinpoint the lot for you.  It would greatly benefit this site if we have more folks sign up.  Email to your friends.  I won't ask for money, I promise, but I've got plans and I need to show folks there is legitimate interest.
Posted by LowellIrish at Monday, May 23, 2011 2 comments: 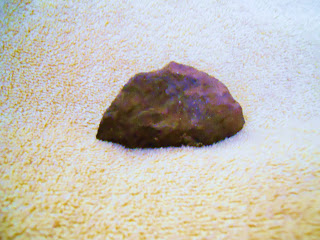 Those of you who know your Irish history of Lowell will know the name Hugh Cummiskey.  Hugh was the preeminent leader of the Irish population in its first generation.  A native of Crossan, County Tyrone, Hugh was the moving force of the Irish population.  He was a beer brewer, then labor leader, constable, store owner, labor leader, founder of St Patrick Church, and a year later, one of the founders of the Catholic Cemetery (Later known as St. Patrick's).  Hugh had 5 daughters, some who became nuns.  In his later years he referred to himself as a "gentleman."

His resting place remained a mystery.  That is until Lowell's foremost historian, at least in my opinion, and myself started snooping around.  (I love watching CSI.)  No matter where we went, we hit brick walls.  It looked like Hugh would never be found.  That's when Detective Walter went into high gear and found the key piece of evidence that pinpointed his grave.  A little surprisingly there was no marker.  Was it because of finances? Vandalism?  Someone forgot?  No one knows.  We raised funds with the help of the Ancient Order of Hibernians, St. Pat's parishioners, and the cemetery and erected an appropriate stone that reflects what Hugh might had known at his time.

Ok, so what does that have to do with the picture?  Well, one part of the Dig with Queen's and UMass is that a team from Lowell will be going over to Tyrone to do a dig on the Cummiskey homestead this summer!!!!   Just to think that we've uncovered artifacts from Hugh's time period in Lowell, and Dr. Donnelly has discovered the remains of the Cummiskey home in Crossans.  It sounds like a Ken Burns documentary to me.  Dr. Donnelly was kind enough to bring a piece of Hugh's homestead over from Crossans, and in the Fall, when we do the annual cemetery tour, we'll put that rock, pictured above, in Hugh's resting place.  Requiescat in pace, Hugh.

P.S.- Walter and I have been building a currach that we are going to sail across the Atlantic so we can join the team digging in Ireland.

This past April, Dr Eileen Murphy (Dr Donnelly's wife) and Dr Lyn McKerr from Queen's Uni in Belfast spent a couple of days with me in the cemetery.  Eileen was given all the data we've collected over the years (about 150 inscriptions from slate and marble stones and about 10,000 interment names not listed in cemetery records).  This is all work that had been sitting around and few folks have benefited from it.  Part of me said it was going to be a dissertation, but those days are long gone.  When our friends from across the pond saw it, they took a major interest in it.  The 3 of us spent 2 days from dawn to dusk in Yard 1.

There have always been rumors that there are Irish burials in Old English.  We checked records and made  an interesting side trip to OE, but there is no evidence of such.  You never know though if there were burials, but just not recorded.  It  turns out the 2 days we spent were the 2 coldest in April.  We kept the car running so we could warm up and made multiple trips to Dunkin's for coffee.  Our Irish friends had never gone through a drive-up for coffee!  Though I have spent hours working with the data, Eileen and Lyn made some great observations.  The plans are to write an article for publication in an historical journal.  New photos of the ancient stones and a better analysis of the data will add yet another piece of the puzzle to Lowell's Irish story.

To be honest though, the best part of their trip was a visit to Parker's Maple Barn in NH where they bought over $70 in maple syrup.  Go figure!
Posted by LowellIrish at Wednesday, May 18, 2011 No comments:

Ok, it's been a few weeks, ok months, mea culpa.  Let's skip the guilt, it's a wasted emotion anyways (but being Catholic it will come back to haunt me).  I was "urged" to start posting again by events that have happened this week.  To be honest LOTS has been happening with our "rediscovery" of Lowell's Irish past.  I promise to add more later.  But for now let me say what has most recently happened.  I was called a few weeks ago by Lowell Nat'l Park and was told I was being awarded an excellence in historic preservation award.  I asked if it could be mailed to me, but alas they said I had to be present to accept it.  I did not want to, but then I thought of all the good folks who have done work in the cemetery and have never been acknowledged.  So I went.  The award is for the continuing work we're doing at the cemetery.  For over 15 years we've been cleaning, recording, researching, and giving tours of the burial ground.  At times it's done in the broiling sun, other times in the cold (Wait until I tell you about this past April!).  So to all of you who spent time on a tour or spent time on your knees cleaning the stones- this one is for you!  Thank you.  I am preparing to resurrect the volunteer group (Get it- resurrect- cemetery- never mind.) since the good folks in Ireland plan on big things dealing with the research we've done.  At the ceremony on Thursday, a few people asked about the blog!  Hmm, I thought no one was reading this.

Then today Doors Open asked St Pat's Church to do tours and present some of the artifacts from last summer's dig.  I thought I'd hang around and a dozen people would show up.  From the first moment folks began showing up.  By the time we were supposed to close we had about 100 visitors and had to stay open for an extra hour.  The number rof Lowellians who had never been in the church amazed me.  And the folks who haven't been in Lowell for decades who came back had great stories to share.  What a fantastic event!!!  And once again, more than one person asked about the blog.  Who would of thought?

For those of you who haven't heard, the folks from Queens will be back the week of August 8th.  More info to follow.  If you could, please forward this to family and friends.  I apologize for the lapse, but if interest continues, I'll be sure to be more consistent.
Posted by LowellIrish at Saturday, May 14, 2011 2 comments: