SPECIAL EDITION!-  Over the last 2 weeks I've had a flood of emails from folks willing to share their stories or asking for a little guidance.  Bob Rafferty, creator of the video Made in Lowell, wished to mark this day, the anniversary of Hugh Cummiskey's arrival in Lowell with a special posting.


was a much different place in 1822. For a start, it was named . Most of the town was still covered by woods, swamp, and farmland. The Chelmsford Historical Commission has a lovely compendium of maps on their website (http://www.chelmsfordgov.com/CHCwebsite/Maps.htm) and this one from 1821 paints a clear picture of the land that Hugh Cummiskey and his thirty men arrived at on April 6th, one hundred and ninety two years ago today: http://www.chelmsfordgov.com/CHCwebsite/CHC_files/Map1821NorthEast.jpg 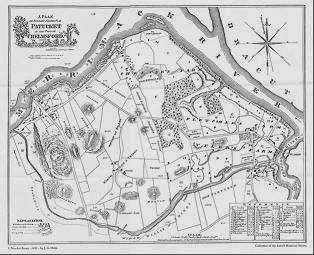 Hugh Cummiskey was a man’s man. In his early 20’s he departed his home in , to come to . He made his home in where he met his wife Rose, and ran work crews on jobs that changed the face of . Early records show him working on a project to help flatten Beacon Hill for the construction on the State House; a project that employed a horse drawn railroad to take the debris removed from the hill and use it to backfill a swamp and create Boston’s Back Bay neighborhood. In 1822, Cummiskey and 30 Irish laborers walked from to , where they arrived on April 6th and were met by Mr. Kirk Boott, agent to the Merrimack Manufacturing Company. Boott and Cummiskey drafted a deal to widen and modify the canals that powered the Company’s mills. Take a moment and go back to that map. How many roads do you see? How many homes?  Buildings?  Establishments? You’ll observe mainly open farmland along a bend in the , and the 27 miles between and was much the same. So imagine the walk that those 31 Irishmen took that day. They walked the edge of the , which had been built to move goods from the (now ) area to the seaport of . The walk would have been dusty, and the men would have to be completely equipped with their own provisions. However, none of them were daunted by this.


As a teen, a few friends and I got the bright idea that we were going to walk to . Having ridden the commuter rail line to North Station, we considered the train tracks to be the most direct root so we filled our backpacks with bottled water and sandwiches and set out in early morning for a fun filled day in . We hopped on to the train tracks at , behind E. A. Wilson’s workyard on Broadway, and off we went.  About 7 or 8 hours later we found ourselves at North Station…EXHAUSTED. We immediately bought train tickets home to , and slept the entire ride. We weren’t nearly the men that Hugh and his workers were.


Upon arrival in Lowell after their 27 mile trip (a marathon is only 26.2 miles) over rough terrain, Hugh and his men went immediately to work on the canals which would power the mills that made Lowell become the second largest city in Massachusetts. Employing the methods he had gained experience on in Boston, Hugh would lead his men to use the fill from the Suffolk canal to backfill swampland in Lowell… and if you’re reading this from an apartment in the Market Mills… that swampland was where your apartment building stands today…thanks to Hugh.


Hugh brought water to the water powered mills of the American Industrial Revolution. He brought land were there was once swamp. His sweat anointed the land beneath the State’s Capitol building. And he was instrumental in bringing about the infrastructure of early Irish community in . So today, as you go about your day, lift a glass to those early Irish pioneers, and the man that led them here: Mr. Hugh Cummiskey.

Email ThisBlogThis!Share to TwitterShare to FacebookShare to Pinterest
Labels: Reader Submitted, The 1800's, The 1800s