When Hurling was Played in Lowell

Last week for the first time since 1954, the national Irish sport of hurling was played at Fenway Park.  Called the fastest sport in the world, two of Ireland’s greatest teams Dublin and Galway faced off to a crowd of 28,000.  The number who showed up exceeded expectations, though they were small compared to the 80,000 that may be at a game in Ireland.  The history of the game goes back to ancient times, over 2000 years, and has its origins with the Celts arriving in Ireland.  The great mythical hero Cu Chulainn was said to have played the game.  The field at Fenway was converted to a pitch where players using a hurley (a thin wooden stick-like bat) batted a hard leather ball (called a sliotar) attempting to get it in the opponent’s net or goal.  It’s sort of a mix of soccer and field hockey.  There are four quarters with few time outs.  Players are constantly on the move.   The Gaelic Athletic Association (GAA), which sponsored the event, has a long history and promotes Irish sports in Ireland and internationally.

This led to an investigation to Irish sports in Lowell with some interesting finds.  The GAA was founded in 1884.  Just four years later, they sent 50 Irish hurling and other athletes across the US to gain support for the association and regain interest in the sport.  The athletes played in major cities and even spent time in Lowell.  Players marched through the streets of the city and were toasted at a banquet at the American House.  The players wore jerseys and green caps with the harp and shamrocks on them.  The games took place along the field by the river.  Many Lowellians welcomed the players into their homes.  It appeared that the game was already known in Lowell since teams were prepared to contest the “Gaelic Invasion.”  A notice appeared shortly after, that a team of young players was being formed at St. Patrick’s and practiced regularly on the North Common.

The greatest years of GAA sports in Lowell came in the early 1920s.  There was a great resurgence in Irish culture and language connected with the move towards Irish independence.  At that time there were 2 GAA teams in Lowell.  There was a Gaelic football team and a hurling team, named St. Enda’s ( a 6th century warrior-king from the Aran islands).  The team was made up of native and American-born players.  Most notable was William O’Reilly, who was a well-known player in Ireland before becoming a laborer in Lowell.  The Lowell team often played their rival, the Sinn Feiners from Lawrence at Spalding Field (Alumni Field).  The St. Enda’s team drew great crowds, over 2000 by newspaper accounts.  In 1921 they played a match of two 30 minute rounds against the Young Irelands of Boston.  The city had to offer special trolley cars on game day to service the crowds.  The matches must have gotten a little rowdy when a Lowell team played in Lexington.  The police told them to move on.  The players and spectators crossed the town line into Arlington.  The Arlington police told them to disperse and as the crowd fled an Arlington officer fired his pistol in the back of a fleeing Lowell player.

By the 1930s interest had again waned and Gaelic football and hurling were no longer being played in the city.  Many in Lowell were former players who would still travel to Boston to watch visiting teams from Ireland and recount the old days of striking l’ash go leor (a strike of perfection).

Email ThisBlogThis!Share to TwitterShare to FacebookShare to Pinterest
Labels: Hurling 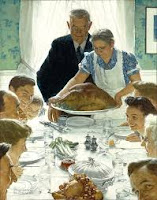 I grew up on the corner of Broadway and Walker Streets in the Acre section of Lowell. The block I grew up on was a set of tenements all connected with concrete paved space in between. Without knowing it, we may have grown up poor, using today’s standards. We didn’t have a car for many years, but neither did a lot of people.Many of my friends wore hand me downs. Mine were from my cousin Armand. I never fell for my mother’s trick of trying to get me to wear my sister’s old mittens. The oversized jars of peanut butter and big blocks of cheese should have been a giveaway. But when it came to holidays, my parents spared no expense.

Email ThisBlogThis!Share to TwitterShare to FacebookShare to Pinterest
Labels: Acre

In the last few months, LowellIrish has released  tens of thousands of names of interments, inscriptions, burial purchases, and civil war burials of 19th century Irish and Irish-Americans living in Lowell, many not recorded in any other location.  Those interested in genealogy or researching Lowell's Irish past finally have a central location to find previously unpublished material.  It is with great pleasure we now add the Lowell Police Court Naturalization Records for certain periods in the 19th century.  Major thanks goes to Walter Hickey for sharing the decades of work he has compiled here.  We ask that that any genealogists share our website so we can better disseminate these important records.

The Naturalization records of the Lowell Police Court prior to September 1906 are broken into two major groups, each with several series.

There are two major sub groups:  Regular and Minor Series

B.  The “Minor Series” :
Minor Series, 1885-1892
Minor Series, 1892-1897
“Minor Series” papers were filed by those individuals who ARRIVED in the United States under the age of 18.   The age of the applicant did not matter.  If he arrived before his 18th birthday, he was considered a Minor for naturalizaiion purposes.  A Declaration of Intention was not required.

These records were extracted from the dexigraph (negative) copies held at the National Archives on Trapelo road in Waltham, MA.  They were photographed as part of a WPA project in the late 1903's.  A combination of the negative image AND the handwriting left many words (mainly place of birth) illegible or at best questionable.

Subsequent to this extraction, the original papers became available at the Massachusetts State Archives.  On Saturdays over a couple of years, these were examined to clarify many ( but not all) unclear entries.  The original papers also contained Declarations of Intention (DI) as well as requests for Duplicate (DU) Certificates.

Despite this cross referencing, there are still many relying on the “best read” of the extractor.

Many spellings appear to be phonetic and should be checked in various reference sources, such as:
Listings of Irish place names in the eight  volumes of Missing Friends
Lewis, Samuel. A Topographical Dictionary of Ireland. Vol. I. London, England: S. Lewis and Co., 1837.  [Ancestry.com, also Familyearch.org
Lists of Towns & Townlands by County in Internet search enignes

For more on the filming of the “dexigraphs” by the WPA, see:
A Gold Mine of Naturalization Records in New England
By Walter V. Hickey , http://www.archives.gov/publications/prologue/2004/fall/genealogy-2004-fall.html
The INDEX to these is available on FamilySearch.org
https://familysearch.org/search/collection/1840474

Images of the petitions are also on FamilySearch.org:
https://familysearch.org/search/collection/2064580

These extractions are posted by series on http://www.lowellirish.com/ in alphabetical order.

A special word of thanks to Barbara Saunders and Karen Hickey for their efforts in preparing these records for posting to the internet.
Posted by LowellIrish at Wednesday, November 11, 2015 2 comments:

Email ThisBlogThis!Share to TwitterShare to FacebookShare to Pinterest
Labels: Genealogy

In honor of Veterans' Day guest blogger Rosemary K Nunnally writes this very moving piece about a personal connection  to this week's holiday.

An old, faded, undated newspaper clipping of a soldier in his World War I uniform – we called him “our doughboy”.  My father knew the doughboy was his mother’s cousin but not a first cousin.  We knew his name was Michael Connolly; he came from Inisheer, Aran Islands, County Galway and he had lived in Lowell.  My father said the family story was that he died after the Armistice ending the Great War.

My father hoped I could discover who Michael Connolly was and what had happened to him.  In the days before I had a computer, this search involved writing letters, visiting libraries and scrolling through microfilm.

Michael Connolly (Conneely in Ireland) came to Ellis Island on May 3, 1913. He initially went to his brother Patrick in Woburn, MA and then to his cousin Coleman Connolly at 40 Agawam St. in Lowell. Michael worked at the US Cartridge Company in South Lowell.  He filled out his Draft Registration card in June of 1917. Being single and age 28, he was soon drafted.  By October, Michael was at Camp Devens where he was naturalized on June 25, 1918.

The following month, July of 1918, Michael went overseas with the 3rd Machine Gun Battalion, 1st Infantry Division.   Michael was killed in action October 9, 1918 near Sommerance, France. He died in the last offensive at the end of WWI in the Meuse-Argonne forest.  Michael had 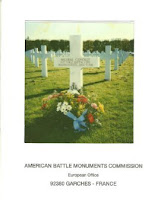 stepped on a land mine. He was initially buried on the battlefield. He was later buried in the Meuse-Argonne American Cemetery, Romagne, France. He is buried in Plot C, Row 17, Grave 35. At this cemetery, covering 130 acres, rest the largest number of our military dead in Europe, a total of 14,426 men. Most of these soldiers gave their lives during the Meuse-Argonne Offensive.  They were reinterred here from battlefield graves.

News of Michael’s death was printed in the Lowell Sun on November 14, 1918.  On November 20, his cousin Coleman Connolly received a letter from the Commonwealth of Massachusetts expressing sympathy that “Private Michael Conneely had been killed in action with the American Expeditionary Forces”.  These dates followed the ceasefire that ended the war on November 11 and may have caused the later confusion that Michael had died when the war was over.

Michael Connolly was my great grandfather’s second cousin.  We remember this Irishman on Veterans Day for his service to the United States.

Posted by LowellIrish at Thursday, November 05, 2015 No comments: